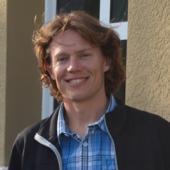 Vaughn Cooper is an evolutionary biologist and microbiologist. He received his bachelor’s degree from Amherst College and his Ph.D. in 2000 from Michigan State University under the mentorship of Richard Lenski, where he studied the evolution of specialization in the Long-Term Evolution Experiment of E. coli populations. He was a Postdoctoral Fellow of the Michigan Society of Fellows at the University of Michigan, studying pathogens of the cystic fibrosis airway with John LiPuma. He was Assistant and Associate Professor at the University of New Hampshire from 2004-2015, moving to the University of Pittsburgh in 2015. He is currently Professor of Microbiology and Molecular Genetics, and Computational and Systems Biology, at the University of Pittsburgh, School of Medicine. He co-founded and is Director of the Center for Evolutionary Biology and Medicine (CEBaM), founded and directs the Microbial Genomics Sequencing center (MiGS) and is the Chair of the Council for Microbial Sciences (COMS) for the American Society of Microbiology. His awards include the 2010 Outstanding Assistant Professor at UNH and an NSF CAREER award. His research is supported by the NIH, NSF, NASA, and by the Cystic Fibrosis Foundation. Dr. Cooper has published more than 70 peer-reviewed publications and invited chapters, and currently is supported by 12 active grants or contracts. The Cooper laboratory studies how bacterial populations (e.g. Burkholderia, Pseudomonas, Acinetobacter, and multispecies communities) evolve to adapt to new hosts and environments, particularly in biofilms. Other major interests include the evolution of antimicrobial resistance and why genome regions mutate/evolve at different rates. We also develop and promote a laboratory curriculum called EvolvingSTEM that enables high school students to learn key topics in evolution and heredity by conducting a weeklong experiment with bacteria. 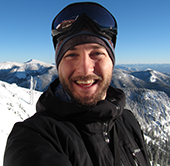 Dr. Marshall graduated from Virginia Tech in 2006 and began research in the laboratory of Dr. Harold May in 2007 at the Medical University of South Carolina. During his Ph.D., Dr. Marshall studied anaerobic microbial metabolism and extracellular electron transport in fermentation processes and microbial electrochemical systems. Following completion of his Ph.D., Dr. Marshall was then awarded a prestigious Director’s postdoctoral fellowship at Argonne National Laboratory to use computational tools to study microbial community interactions in bioenergy production, bioremediation, and microbial ecology of wetland systems. Dr. Marshall is currently studying the molecular targets of antimicrobial resistance and metabolic interactions in multispecies microbial communities. 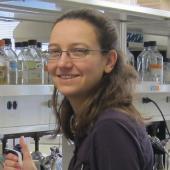 Dr. Turner uses experimental evolution to study ecological and evolutionary processes, particularly focusing on the diversification of a single ancestral genotype into multiple ecologically distinct clades. She completed her Ph.D. with Dr. Richard Lenski at Michigan State University, working with the Long-Term Evolution Experiment with E. coli. She studied the ecological interactions between citrate-consuming and non-citrate consuming clades which evolved and coexisted within one population of the long-term experiment. She also studied the evolution of elemental composition in bacteria under carbon- and nitrogen-limited conditions. As a NASA Post-doctoral Fellow in the Cooper Lab, Caroline studies the diversification of Burkholderia cenocepacia under selection for biofilm formation and genetic patterns of adaptation to varying environments. 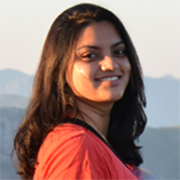 Dr. Mhatre completed her Ph.D at the Friedrich Schiller University of Jena in Germany, under the direction of Dr. Ákos T. Kovács. During her time as a Ph.D student, Eisha studied the extrinsic factors such as environment and intrinsic factors like growth that govern biofilm formation in Bacillus subtilis. Currently, Dr. Mhatre is interested in studying the dynamics of multispecies interactions in bacterial biofilms. More specifically, Dr. Mhatre wants to know how these interactions influence the development of antibiotic resistance. She plans to use experimental evolution, population genomics and microscopic imaging techniques to study the intricacies of poly-microbial biofilms. 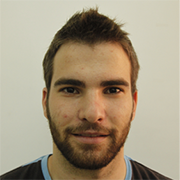 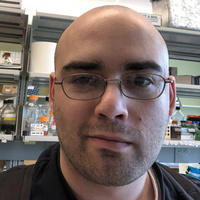 While pursuing dual Bachelors in Mathematics and nanoscale Science at the University of Albany, Chris developed an interest in molecular genetics and computational biology. He first pursued this interest with S. Cerevisiae and eventually transitioned to clinical bioinformatics at the University of Pittsburgh. He currently works as the primary bioinformatics technician for the Cooperlab and continues work on clinically-relevant genomics research.

After receiving his bachelor degree from the University of Minnesota and Masters from Syracuse University, Dan joined the Cooper Lab to lead the bacterial genome sequencing project that has now become MESH. The success of MESH has led him to focus on developing automation and higher throughput techniques to allow him time to follow his research interests in bacterial regulatory networks. Dan’s current projects involve the study of the connection between extracellular and intracellular signal molecules in Burkholderia cepacia and the effect of evolutionarily relevant mutations on the connection between those signals and cell lifestyle. 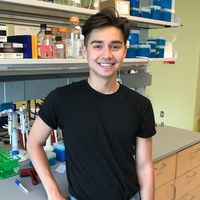 Jeffrey is an undergraduate researcher who is currently a senior at the University of Pittsburgh, where he is majoring in Biological Sciences. Interested in evolutionary genomics and antibiotic resistance, he is currently researching the evolution of resistance to WLBU-2, a novel cationic peptide, in Pseudomonas aeruginosa populations. By combining experimental evolution and population sequencing, he hopes to learn more about mechanisms of resistance to WLBU-2 and other cationic peptides. After graduation Jeffrey plans on entering a Genomics PhD program and continuing a career in research. 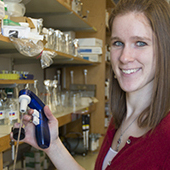 Katrina received her bachelors in microbiology from The University of Maine in 2015 where she fell in love with microbes through studying the mycobacteriophage ChipMunk, which she discovered her freshman year. Katrina is a PhD candidate in the Integrative Systems Biology (ISB) program. Currently, Katrina is diving head first into the evolution world by studying the evolution of Pseudomonas aeruginosa with a particular interest in why high mutation rates are favored in structured environments over non-structured environments. 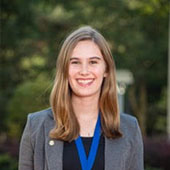 Michelle received a Bachelor of Science in Biology from Alma College in 2016. She was first introduced to microbiology while investigating the impact of local agriculture on the density of Escherichia coli in streams near Alma, Michigan. She is now a Ph.D. student in Pitt’s Microbiology and Immunology program (PMI). She is particularly interested in the evolution of Pseudomonas aeruginosa during chronic infection in patients with Cystic Fibrosis